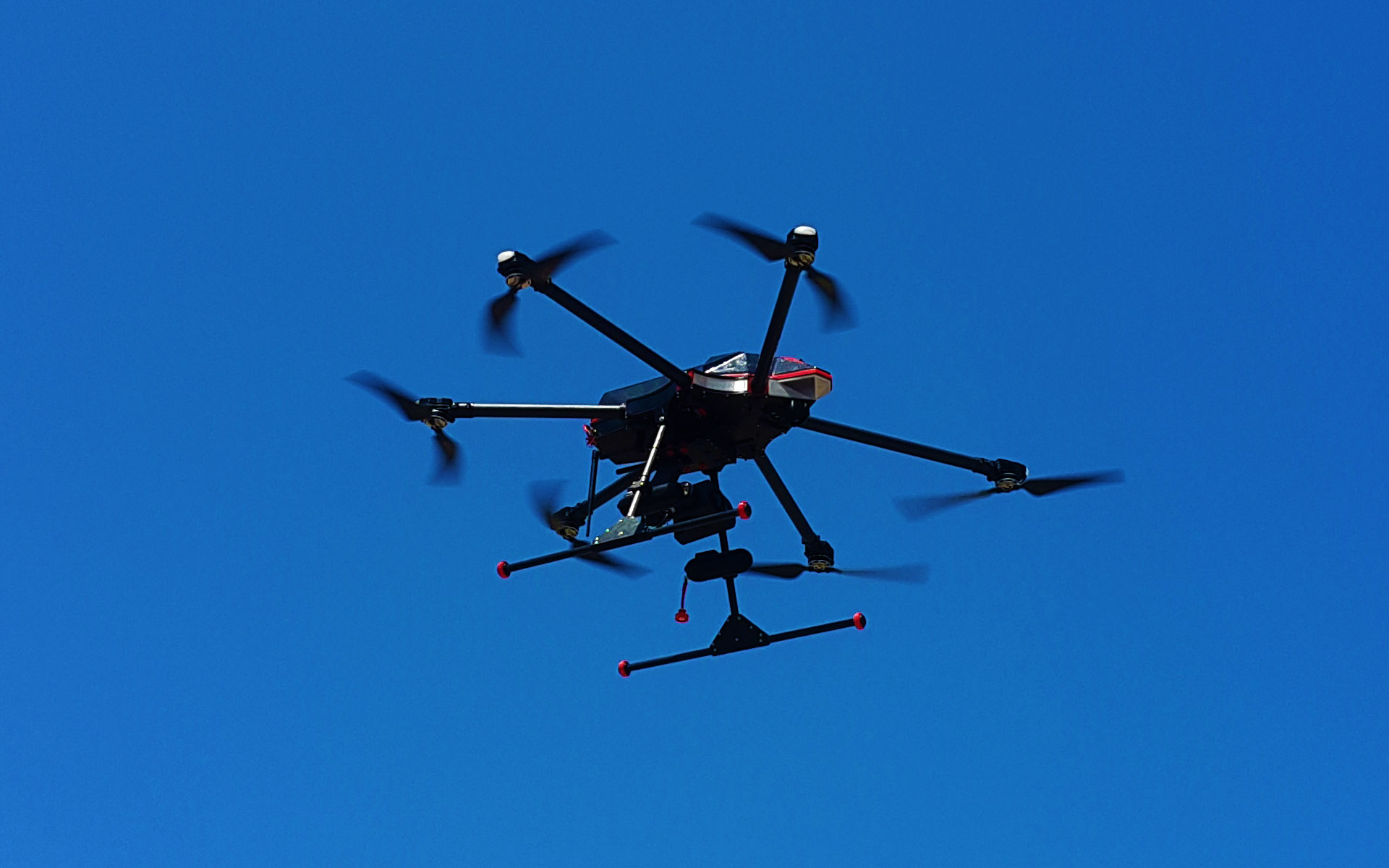 Please fill in the form below so we can get in touch with you. All fields are required.

SPIRIT WORLD GROUP established its unmanned systems technology subsidiary Spirit Aeronautical Systems Ltd., (SAS) in July 2020. The rationale behind this decision was the realization of the ever increasing potential and dynamics in the global and domestic market for unmanned systems and their applications, which reach almost every aspect of modern industry and trade.

Scope of the new venture is the development of competitive and innovative unmanned systems with main focus on (but not limited to) aeronautical applications.

To perform this mission, SAS integrated into its human capital a team of experts and engineers with proven knowledge and capability to perform this task. The new company also acquired the complete rights of the team’s ongoing projects, so the new endeavor starts with a solid based technological legacy.

The new SAS team’s project portfolio includes a rich spectrum of projects, ranging from MALE UAS of 200kg MTOGW, to various fixed wing and VTOL projects and class="group4"copters. The latest (class="group4"copters) has been decided to be the initial SAS priority, so the new venture starts with the EMPUSA EMP-series class="group4"copters, which for the time being, comprises the following:

OUR RANGE OF MULTICOPTER UAVs

Our UAVs can be provided in two basic configurations based on their communication suite:
EMP-X6 or 4/ (XL),  equipped with long range analog communications suite capable of supporting ranges of up to 20km VLOS with omnidirectional  antenna, up to 50 km VLOS with directional antenna with auto tracking capabilities, and even up to 200 km VLOS for cases where distant remote vehicle launch and  operation is required. The analog system is also equipped with a separate analog video link with ranges of up to or even beyond 50km (depending on transmitter output power)
EMP-X6 or 4(HE), equipped with state of the art digital communications suite capable of up to 15 km (max according to communications link manufacturer specs). The digital system integrates in one suite TELEMETRY-R/C communication and HD video.

Special capabilities we offer for our EMPUSA series drones include:


SAS manufactures a series of ground support equipment such as ground stations and video management computers used for the efficient operational use of the unmanned systems. 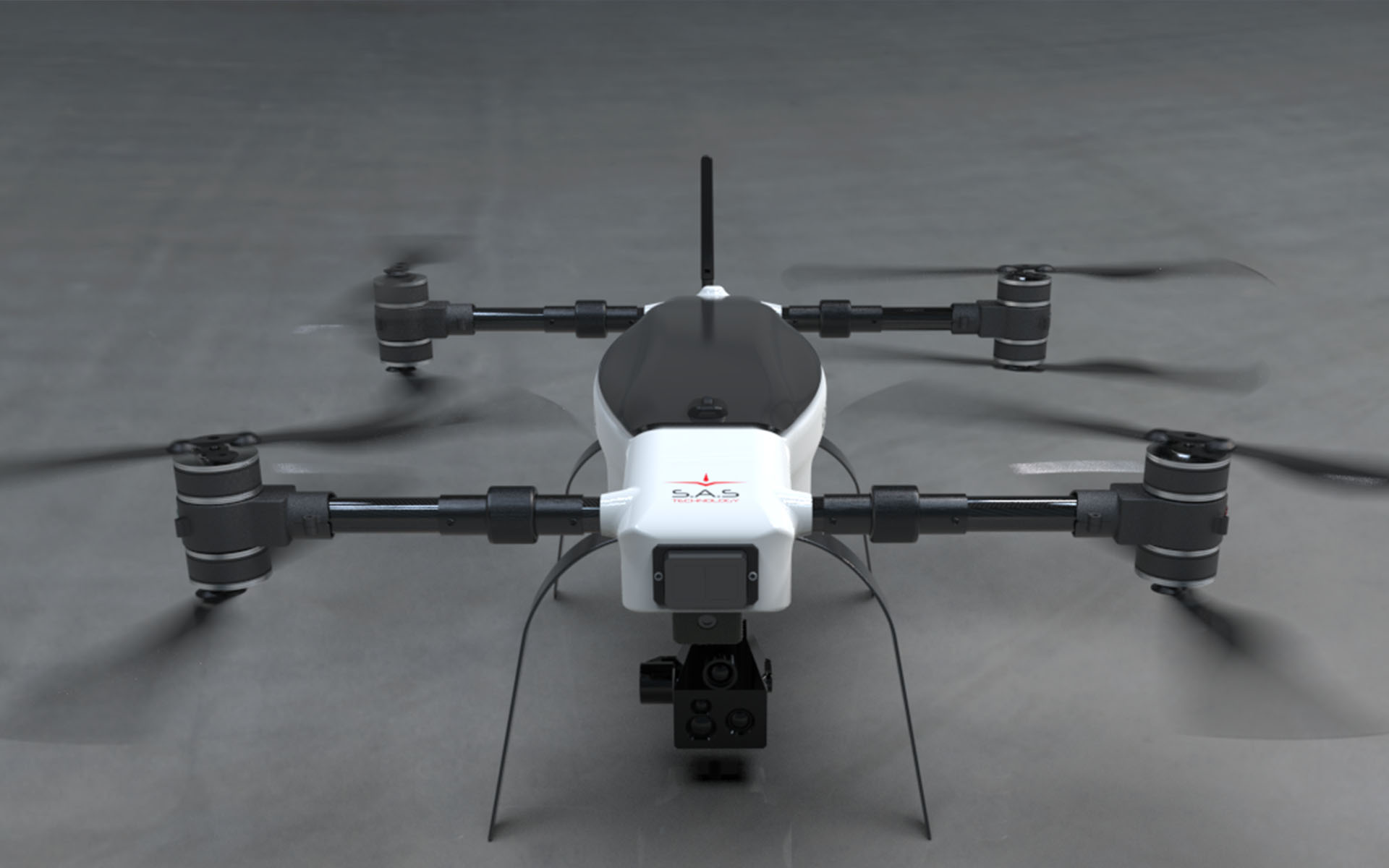 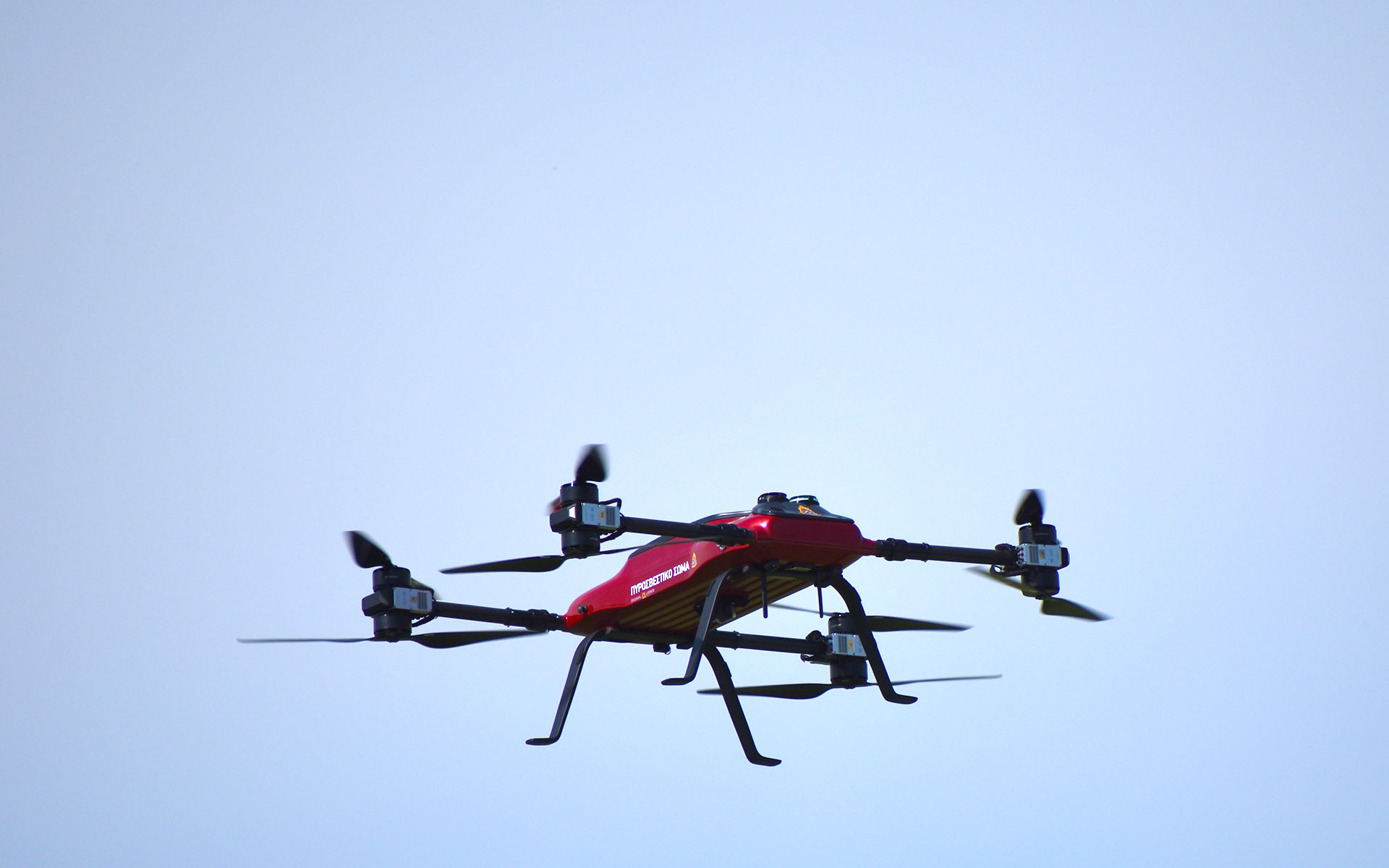 Heavy weight class="group4"rotor UAV with a max takeoff weight of approx. 60kg and a payload that can reach approx. 25kg.

The Empusa EP is designed and manufactured in order to meet the needs of the modern-era combat units. 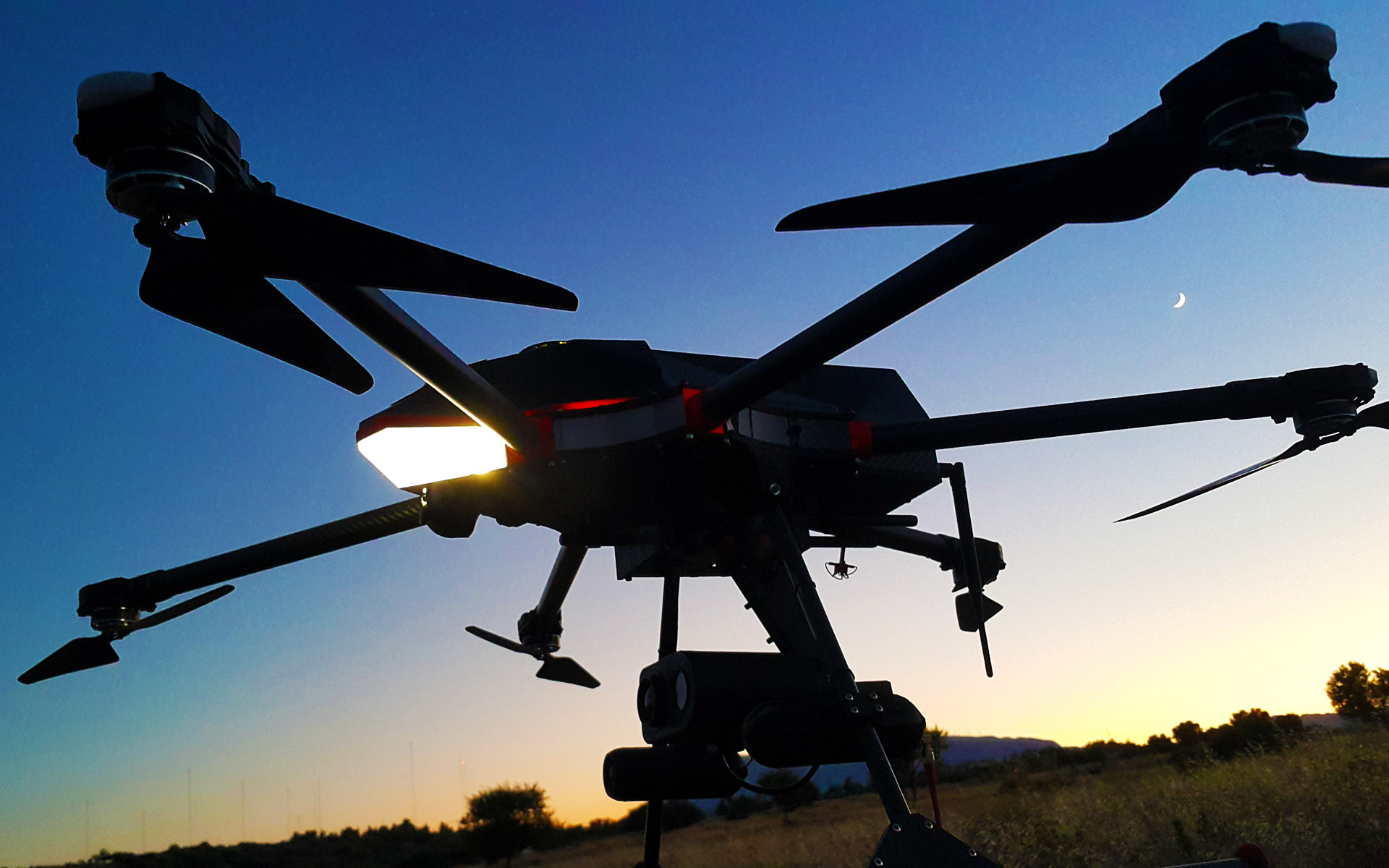 S.A.S selected commercial drones for everyday use, at a very competitive pricing and full S.A.S support. 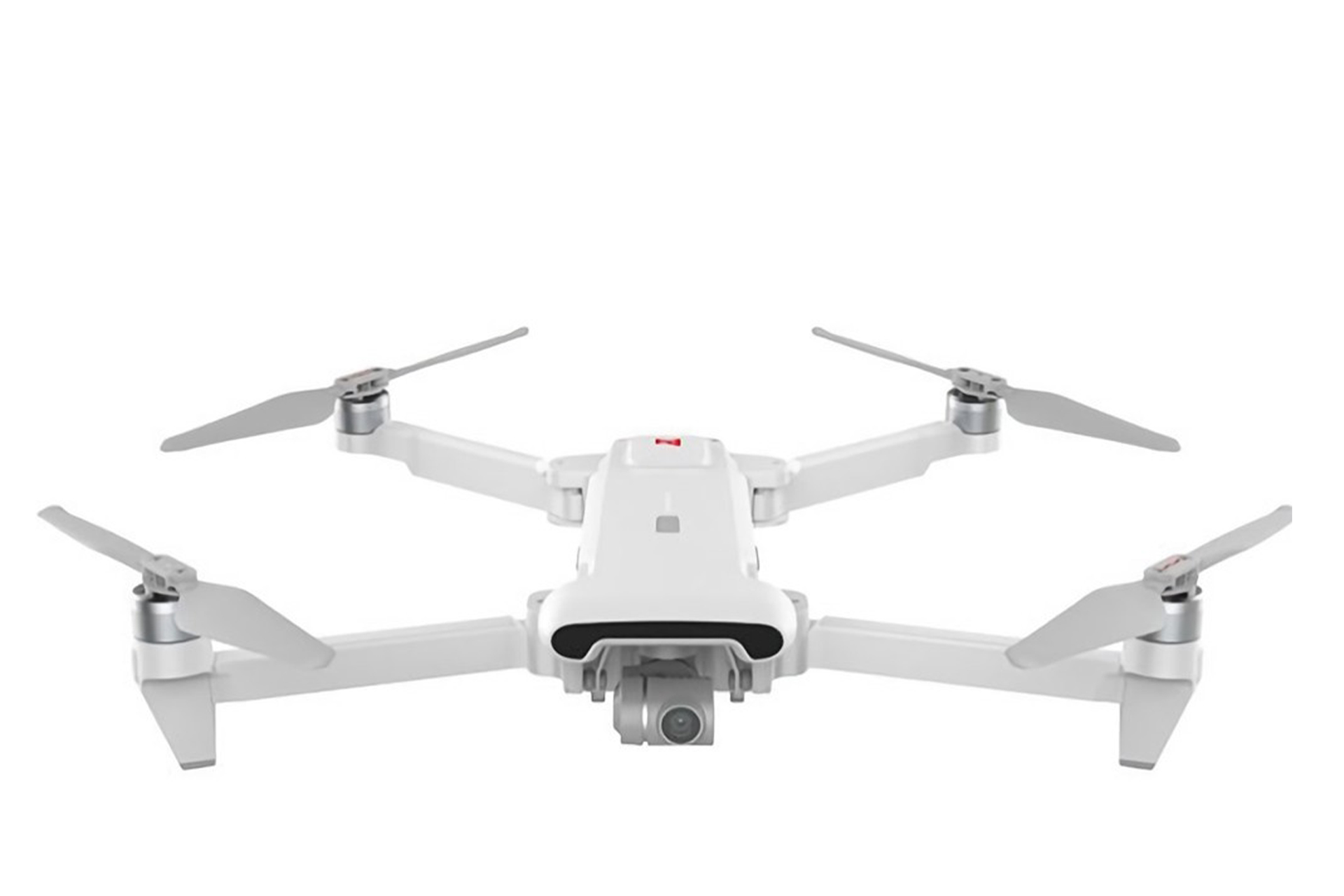 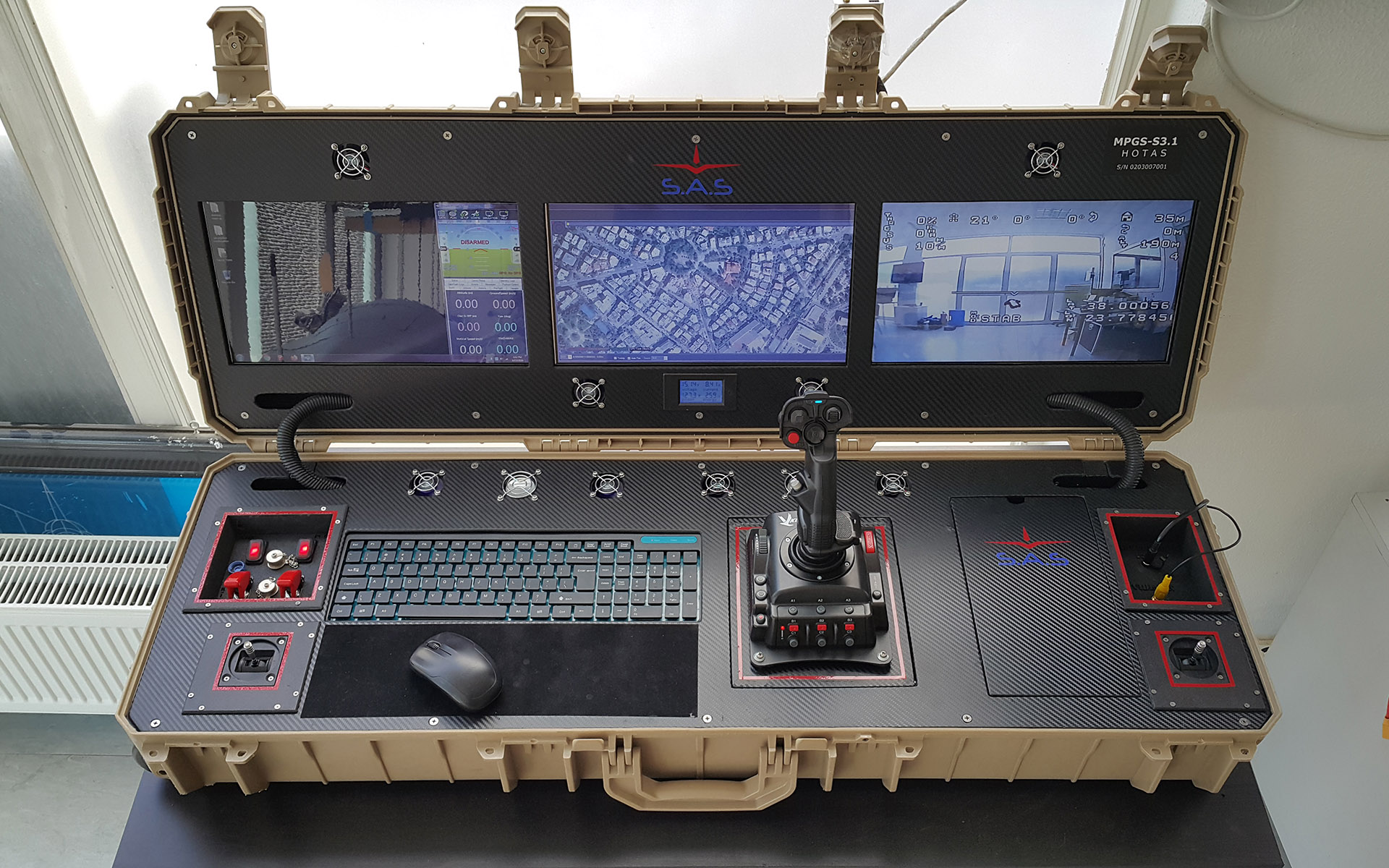 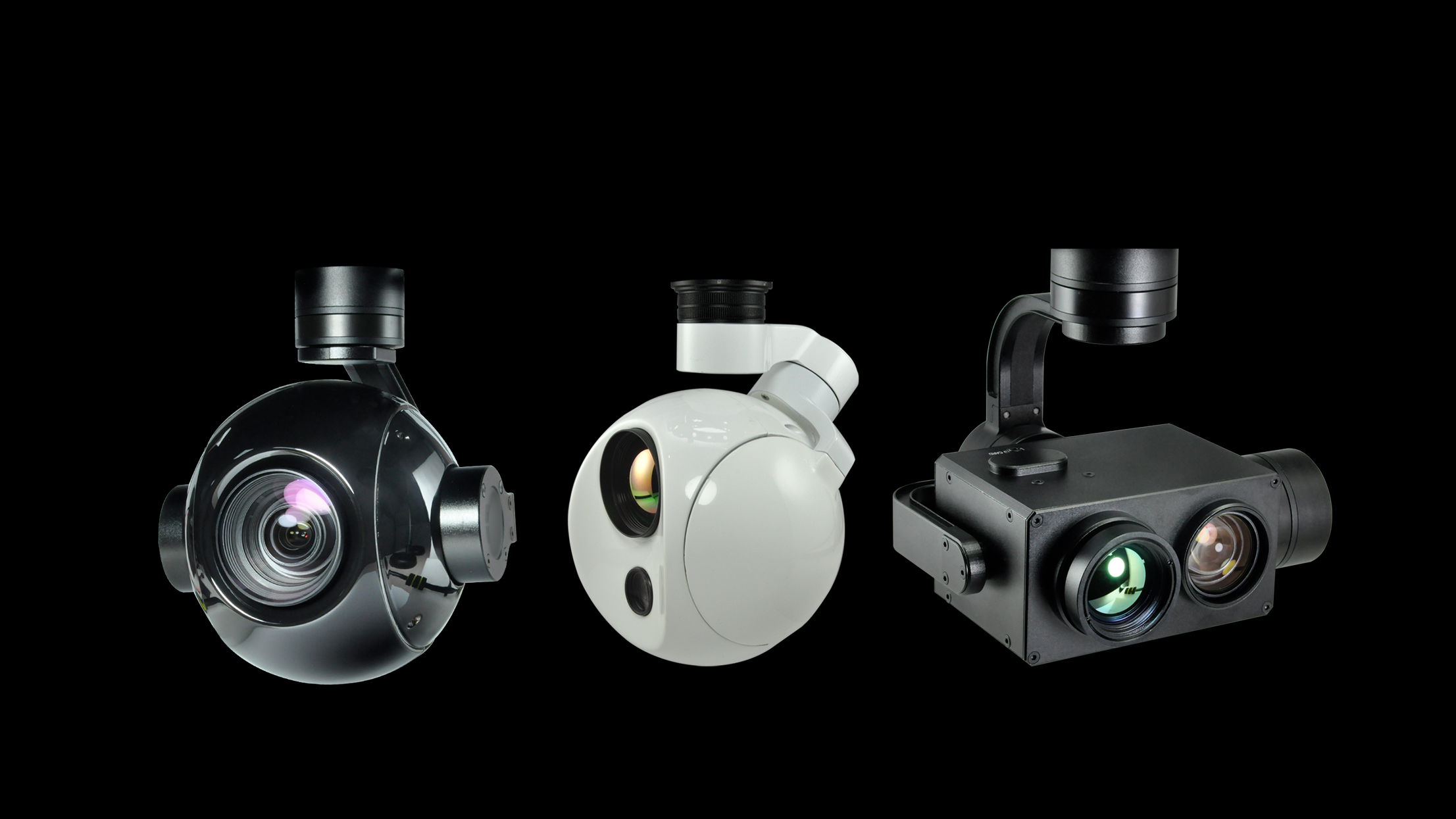 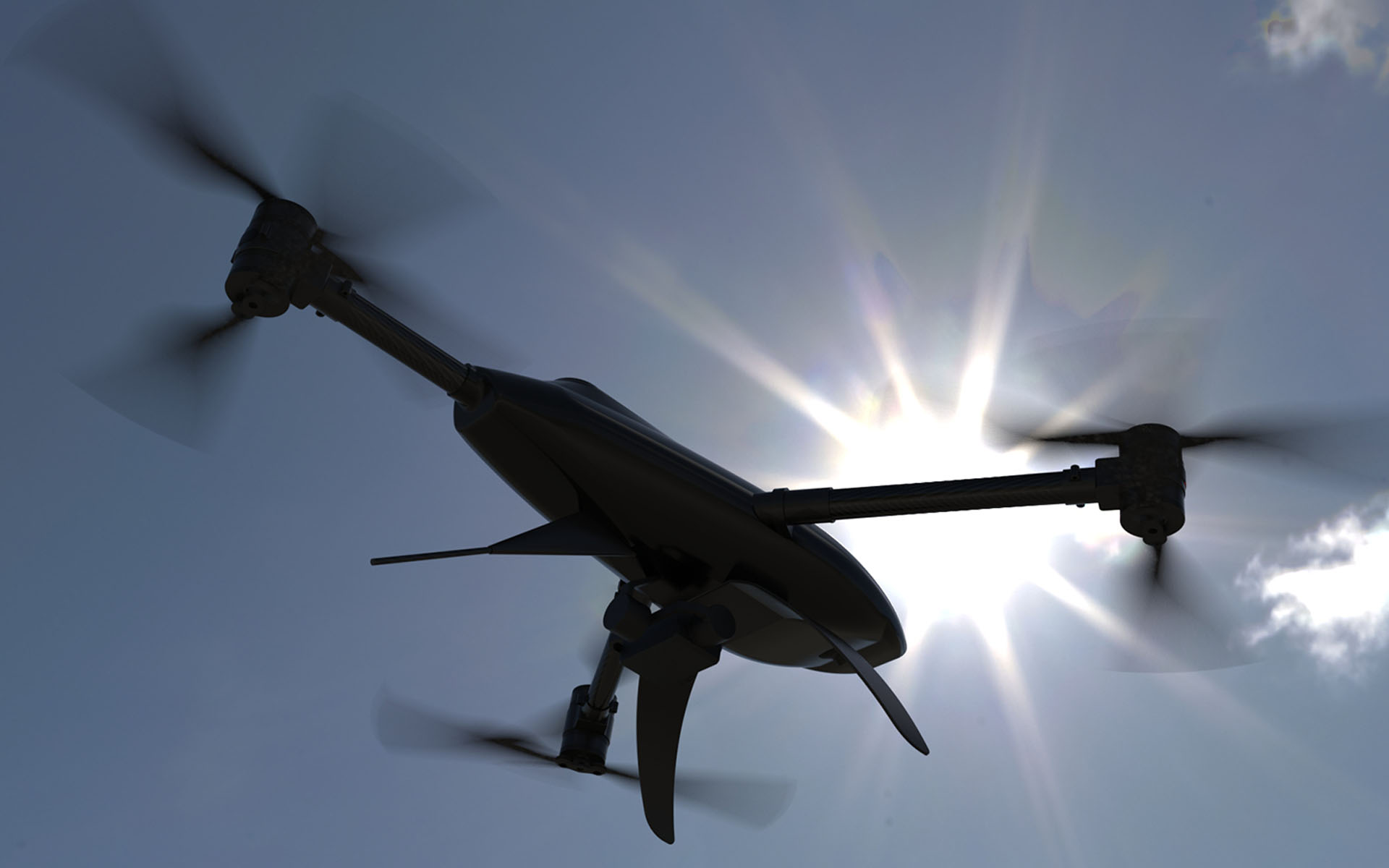 Custom tailored-made according to customers' specs UAVs. One of the latest examples is Phorcys™, an innovative Y Shaped Hexacopter (Coaxial) intended for use in open seas anti-piracy initiatives.

While our core business is the design and manufacture of unmanned vehicles, we are providing our customers with end-to-end turnkey UAV/UAS solutions for each application – comprising of UAV hardware, integrated sensors, customizations, ground support and control equipment,  operating and flight planning software.  In that aspect we have identified proposed third party sensor systems that have been tested on our drones and are described in the special section below the specifications for each product. We can however integrate and test any type of sensor our customers desire as long as it is within the payload capabilities of each drone.
SAS produces a series of drones under the name Empusa that for the time being includes a hexacopter (EMP-X6) and a quadcopter (EMP-X4). Other types are also under design to expand the Empusa series  products range and other unmanned system types.
Key aspect of our enterprise is the ability to custom design any type of unmanned system a customer might require (class="group4"copter or fixed wing). The typical development cycle ranges from 6 to 18 months and includes the following steps:

Our company is especially structured to approach any such customer requirement initiating the requested unmanned system project.

SAS with the procurement of its systems offers a generous support program under the distinctive name “We Care” ISP (Integrated Support Program). This program is offered in excess of the standard one year manufacturer’s warranty.

SAS “We Care” ISP has an incremental structure depending on the quantities of the systems procured by the customer.  It covers damages relative to flight related incidents and also provides support for technical problems, modifications or installation of new systems/capabilities.

SAS training services are provided through our affiliated training academy that operates under the name HORIZON.

Training services provided are on a professional level and especially focused to the establishment of a strong flight safety culture. Horizon certified UAV pilots upon successful graduation are qualified and equipped with skills that will allow them to operate their privately owned or professionally operated drones, with safety and within the requirements of the regional regulations.

Main advantage of the Horizon academy is the capability to include within its training curriculum systems much more complex and professional than the usual, smaller commercial drones (Multi rotors and fixed wing). This variety and extra experience can be provided through the use of the larger, certified SAS built UAVs with heavy lifting/special mission capabilities and professional grade ground station systems.

SAS design team works in many types of engineering projects to support various R&D activities of our company. Having this capacity our design team has the ability to offer engineering design services to customers for projects related to our core business or similar.

Customers in need of special designs involving engineering, cad design or additive manufacturing (3d printing) can refer to the SAS design team, provide information on the required project and get a quote for designing and building special products.
Below some sample projects our engineering design team has performed for various customers 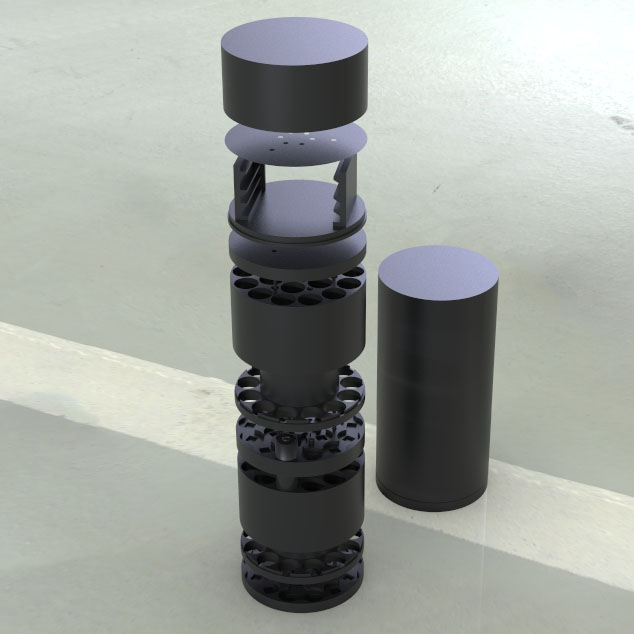 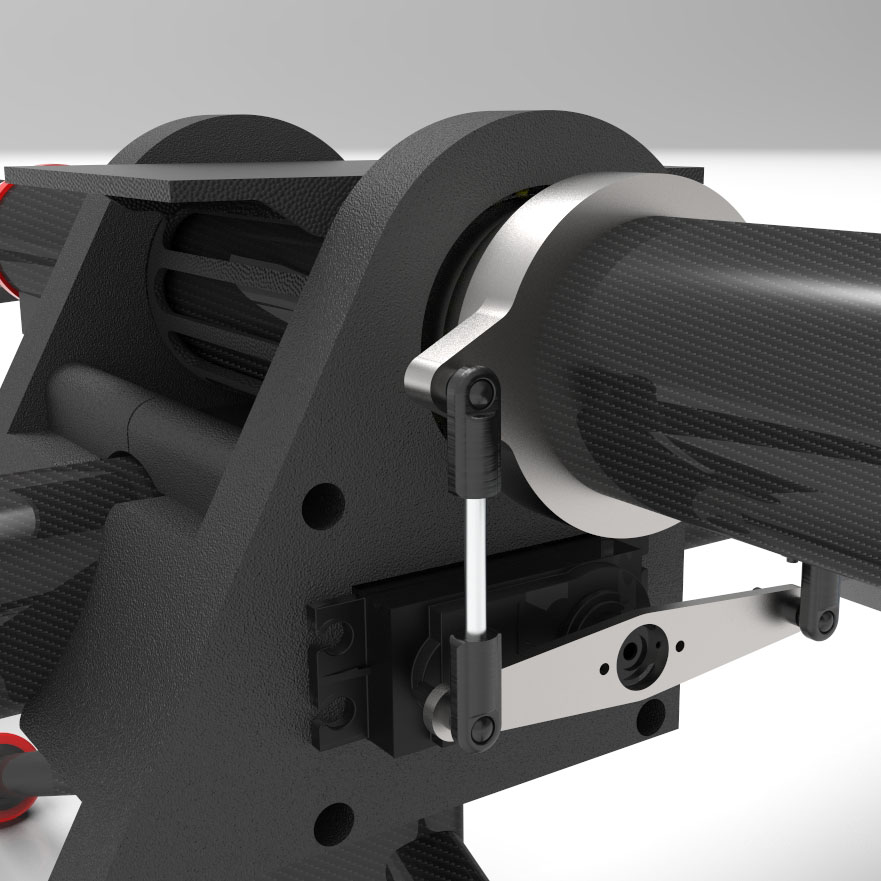 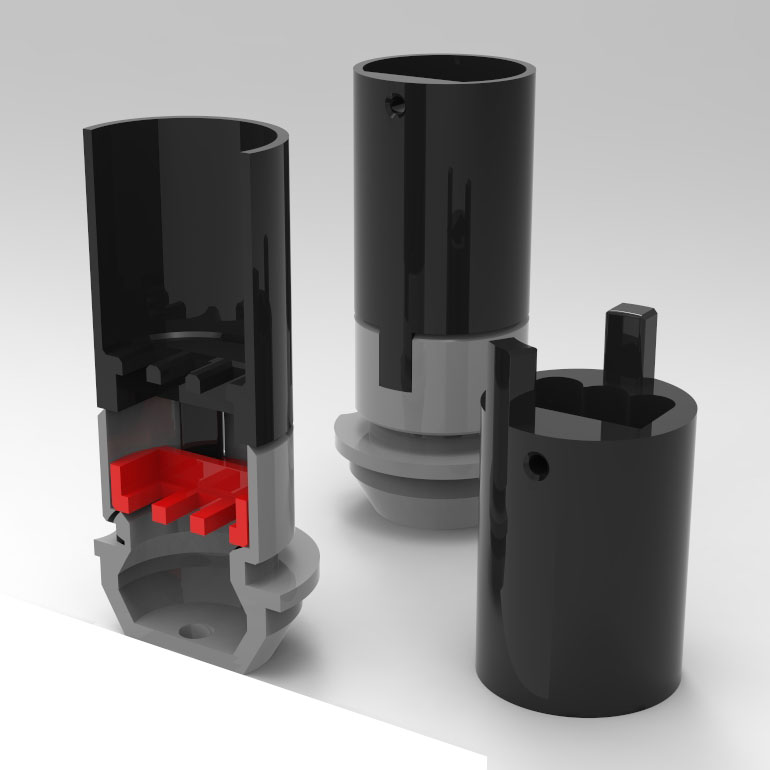 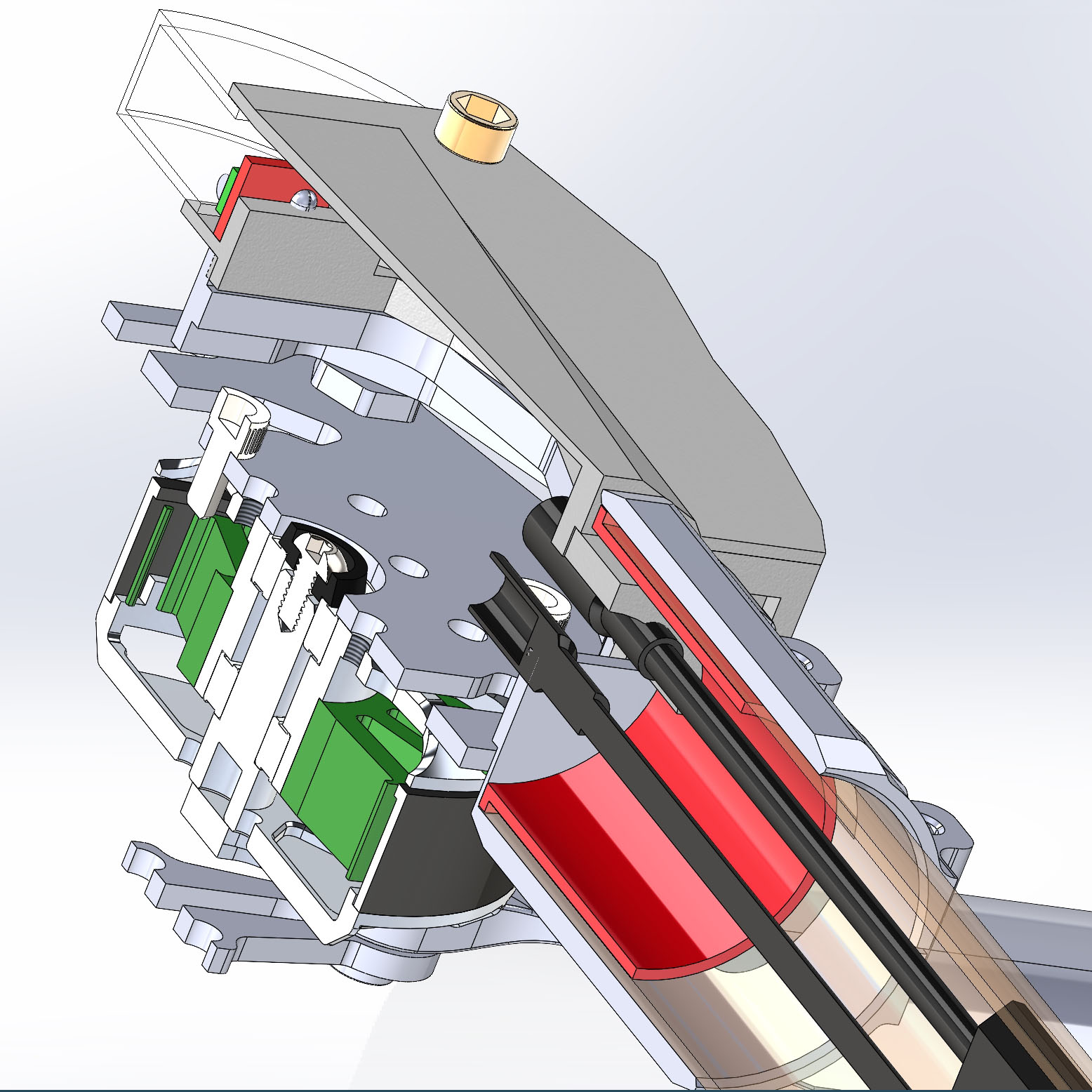 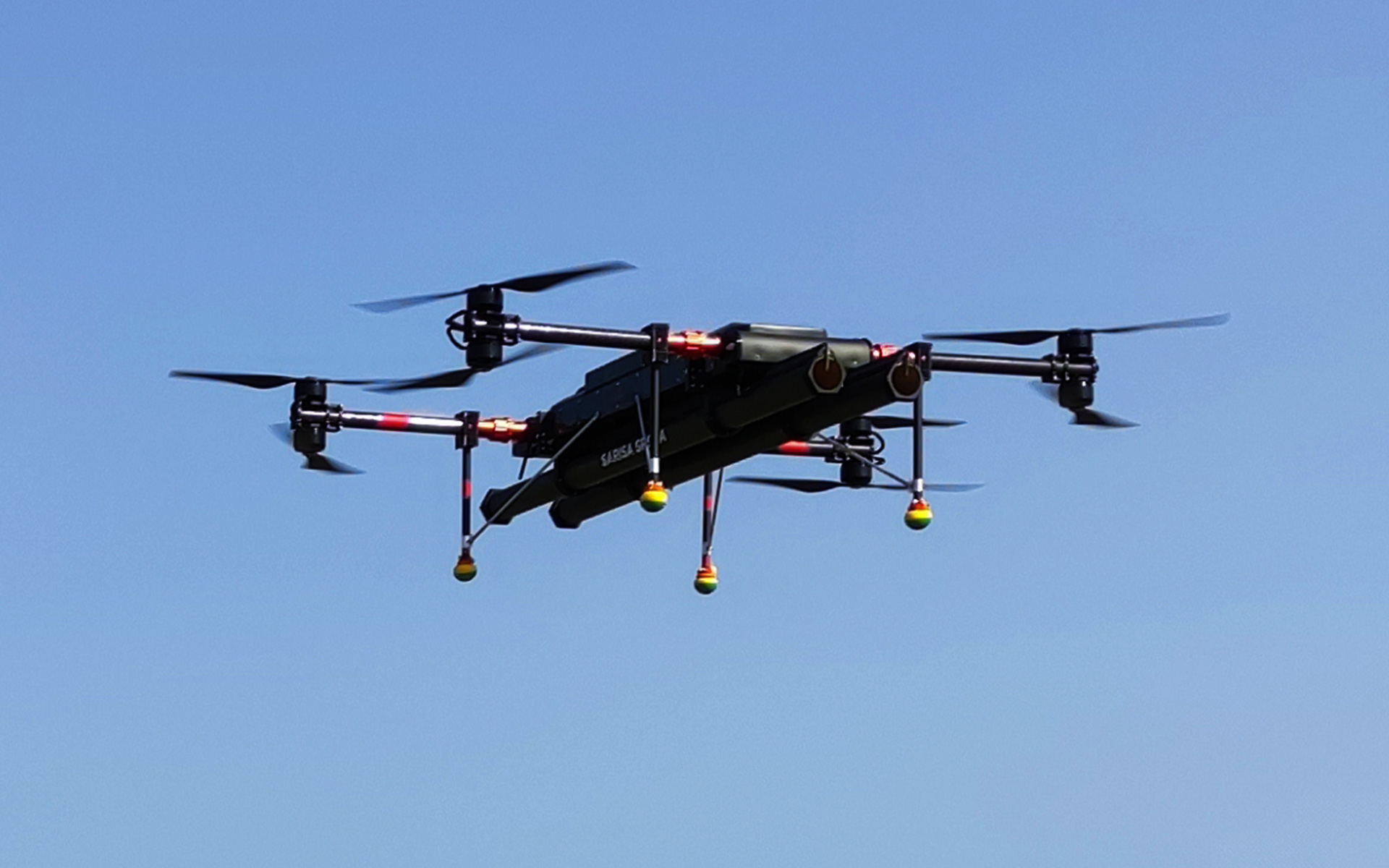 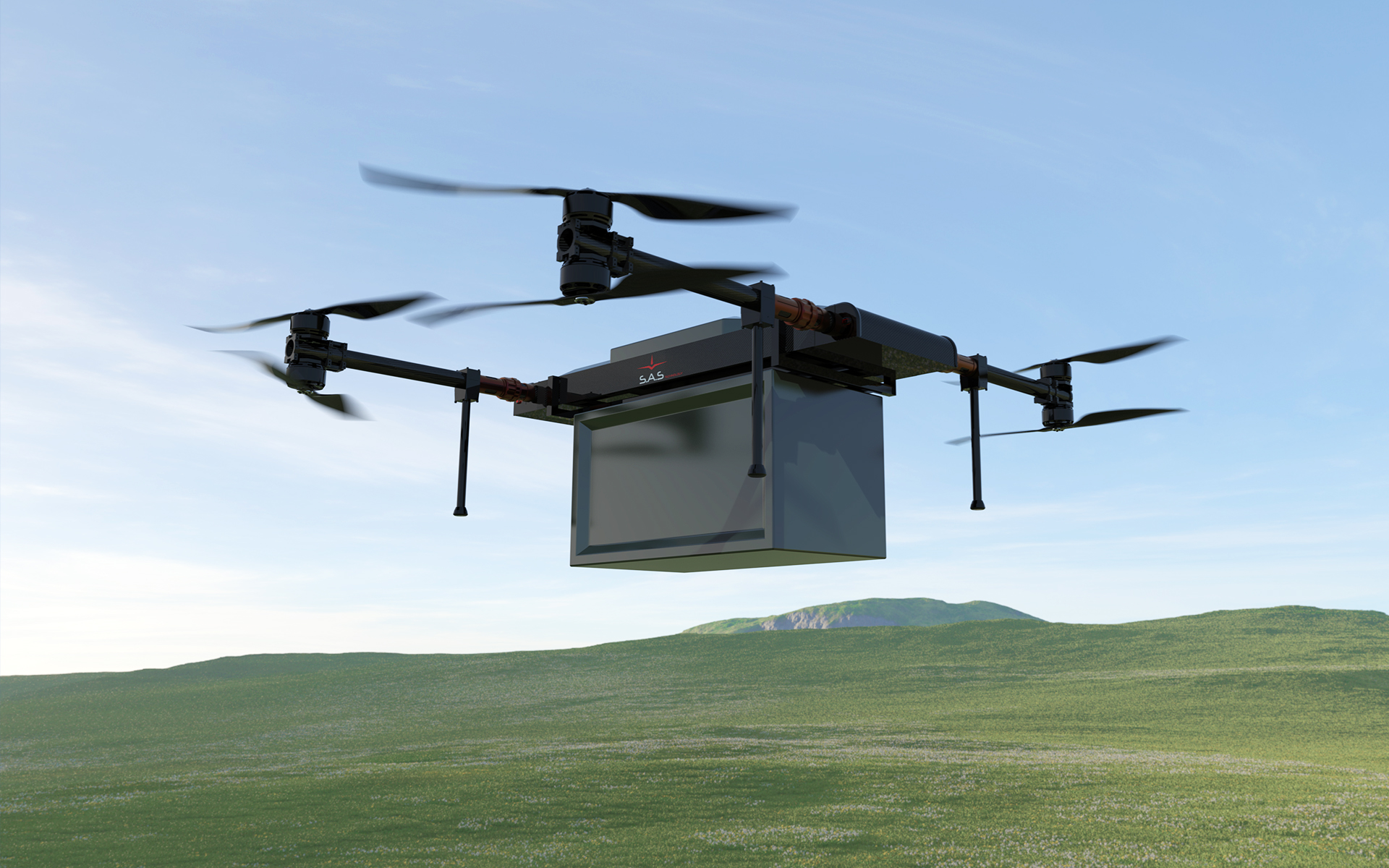 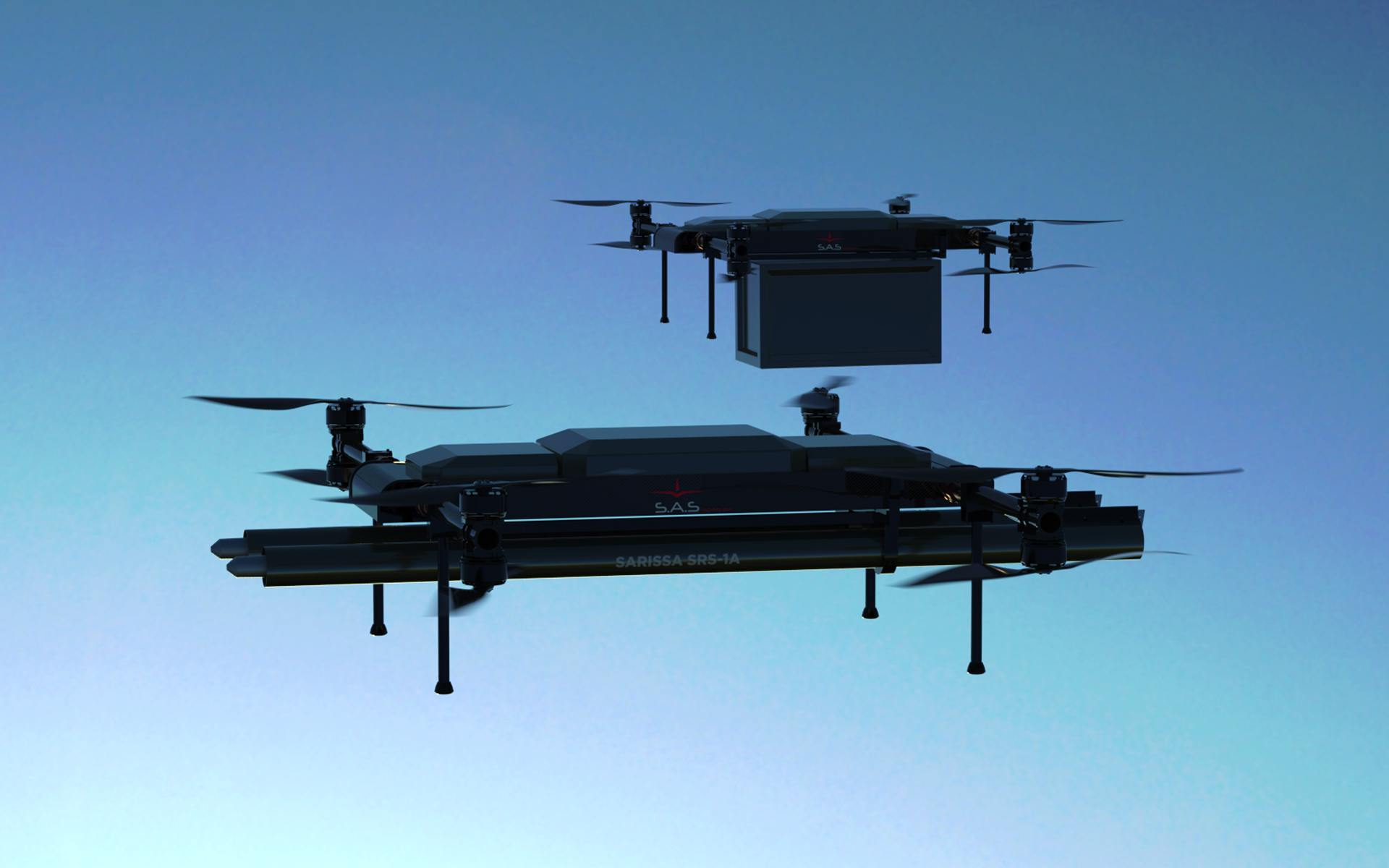 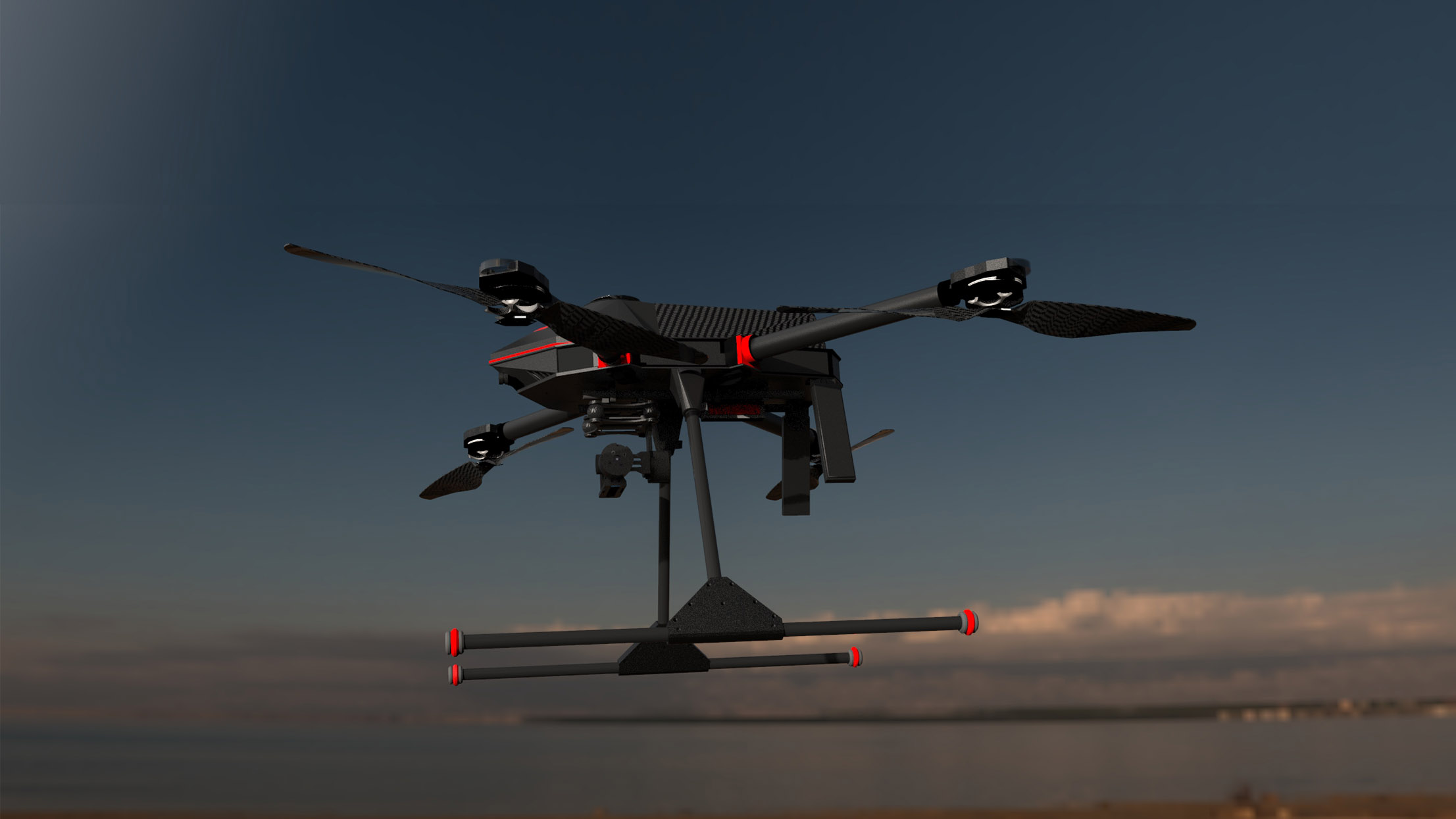